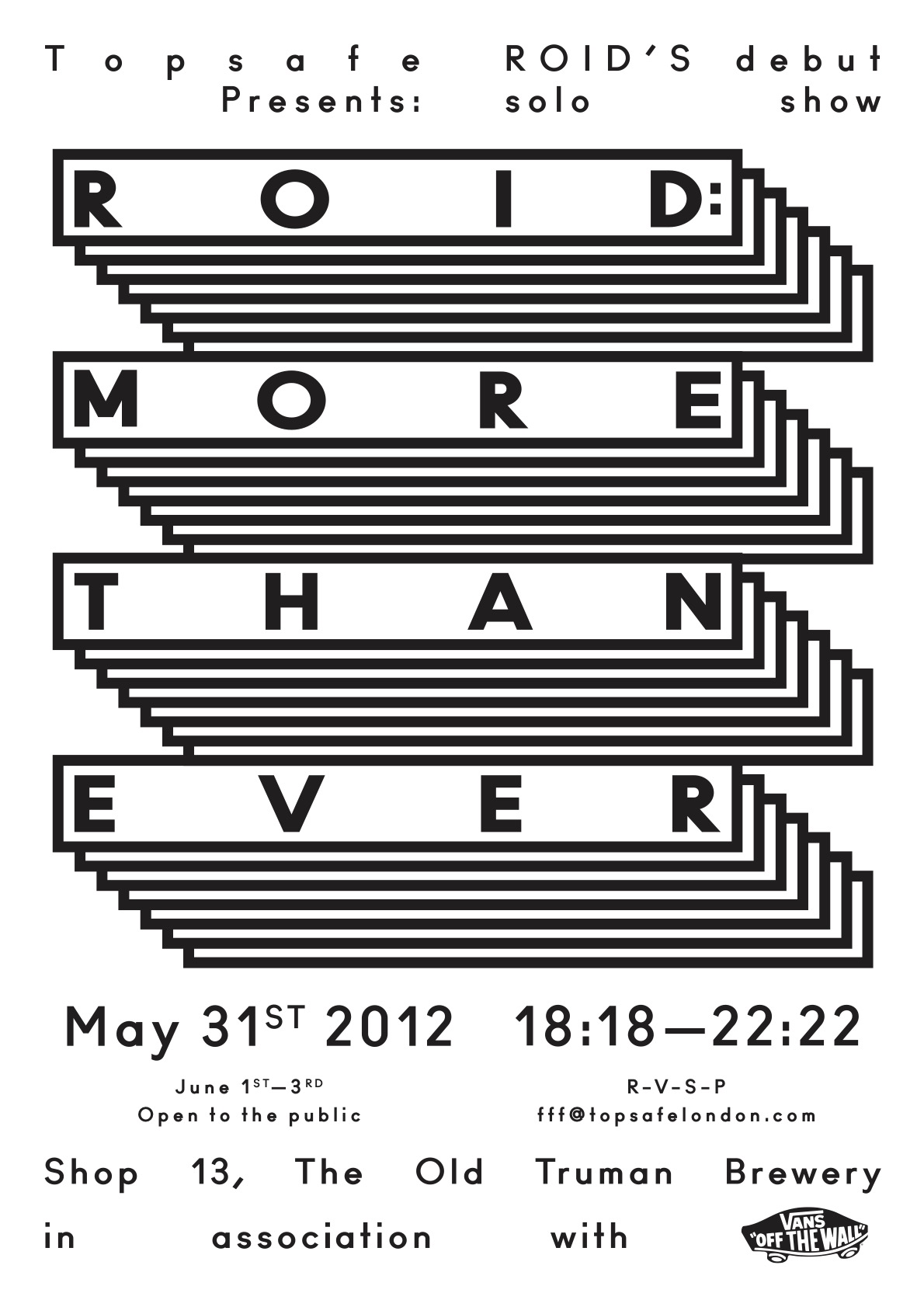 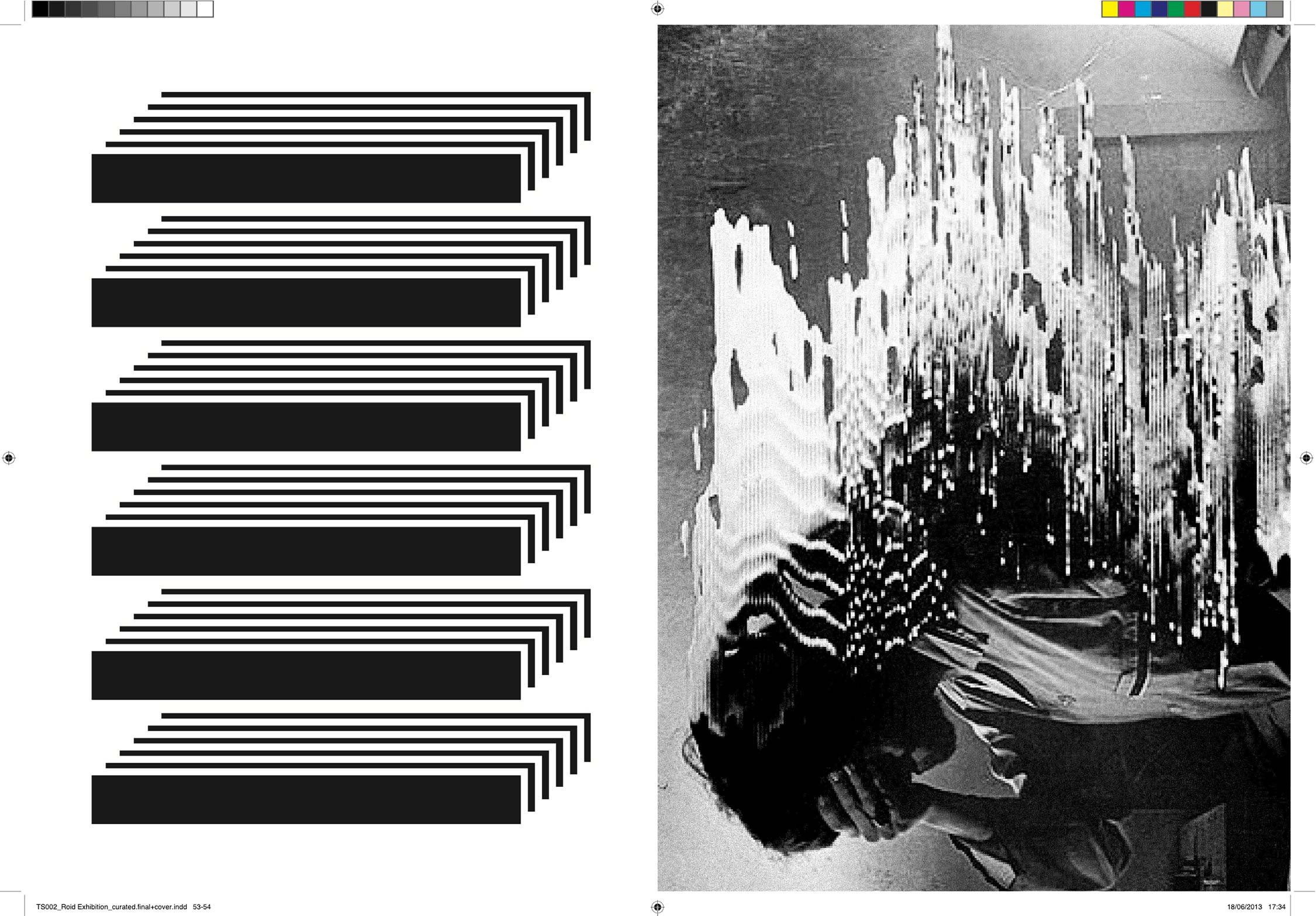 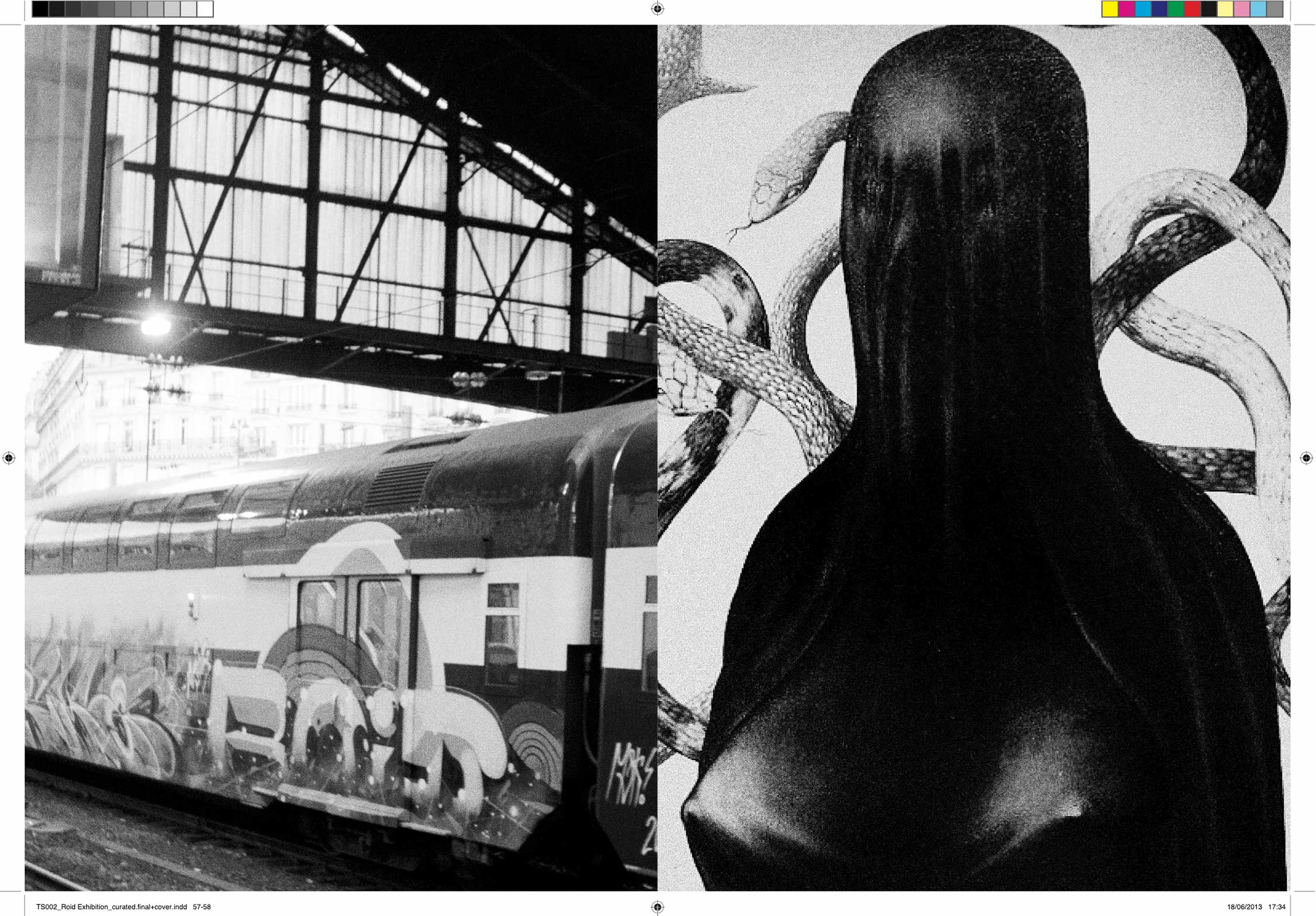 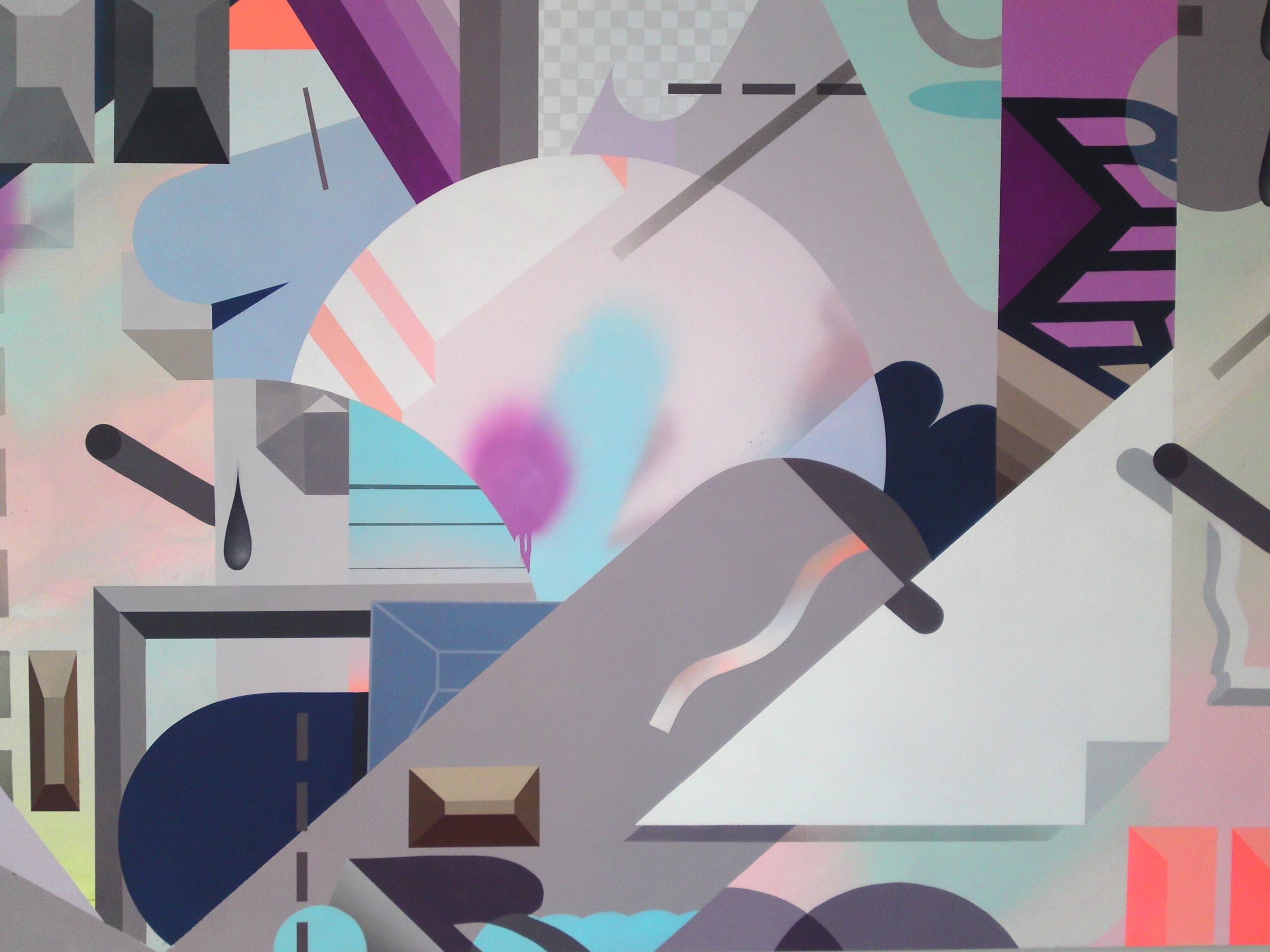 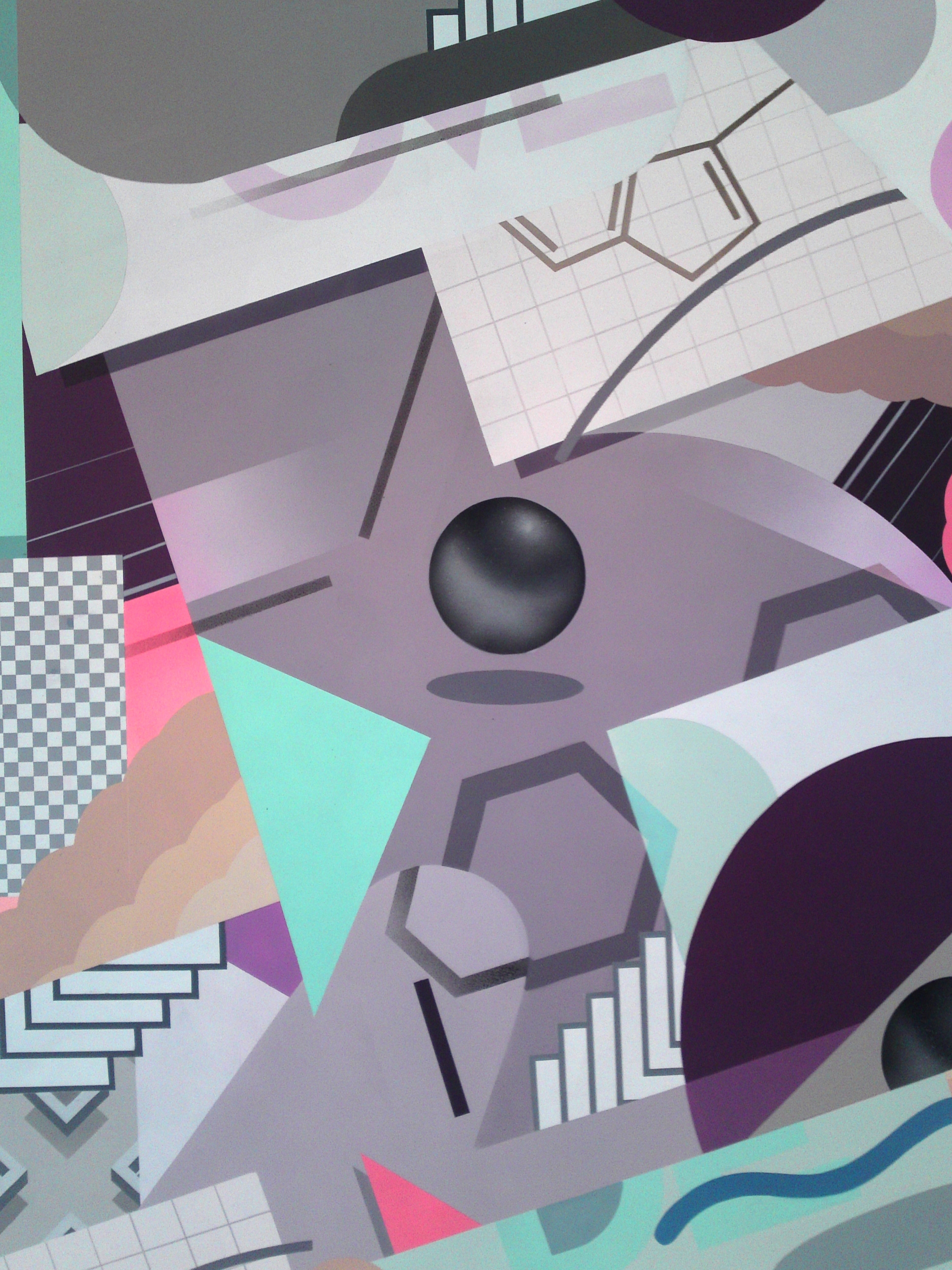 At 29, Roid has already cultivated a huge international reputation for innovation and technical skill. His constant evolution of the conventions of New York Subway graffiti has never stayed still and neither has he. He has also got up.

For his debut solo show, Roid has retreated to the studio, working alone, obsessively and with painstaking precision, entirely by hand, in various media, on paper and wooden boards. The work that he’s arrived at is a kaleidoscopic clash of typographical study and primitive digital imagery. The paintings are rigorously composed, dream-vivid abstractions, in which flicker fragments of recognizable letters, computer graphics, shapes and objects Everything is in its right place, but graffiti these ain’t.

“To be honest, I don’t like most graffiti, really” says Roid. “I think straight graffiti loses all its energy when it’s translated to a canvas; all that energy remains with the walls and the trains it’s painted on.”

“Computer love” is a phrase Roid uses in describing the themes of his new work. He talks about certain paintings being “inspired by the idea of love stories between robots and computers.” He also says “I don’t like working on computers, but I like the mathematics and precision you need to create that kind of aesthetic by hand.”

Roid’s new art rewires, reinterprets and finally occludes the very letters that made him famous. But they’re still there; ghosts in the machine. “Obviously graffiti’s the reason that I’m doing what I’m doing now” says the artist. “This is a departure from graffiti, but it’s still informed by graffiti. I’ve been painting my name for ten years: it’s incredible how difficult it is to stray away from letters. The four letters are always present.”